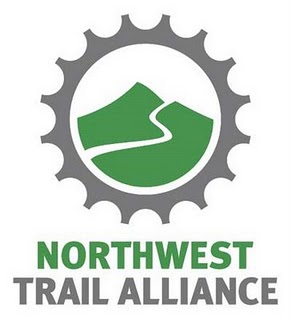 The new logo, however, is what’s really unoriginal. When you borrow another organization’s logo, that’s not called rebranding. Let’s call it copybranding.

The recently retired BBTC logo was created by Ross Cattelan, a long-time BBTC supporter and professional graphic designer. After I developed a concept with another designer, Ross added depth to the imagery and he created a new color palette that was used across all BBTC marketing materials (until last year when BBTC evolved to Evergreen).

Legally, Northwest Trail Alliance is not in danger of trademark violation. Its new design deviates significantly enough from the BBTC logo that it is probably not “confusingly similar.”

When determining infringement, the Court considers the following elements:

A little market research and common courtesy can help ward off trademark suits.