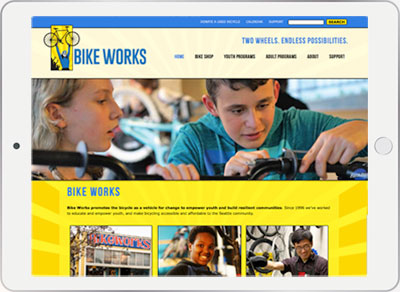 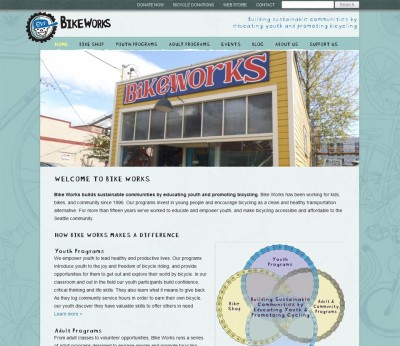 GiveCamp was an amazing opportunity for Bike Works to get a new website. In 72 hours over an October weekend on the Microsoft Campus, GiveCamp volunteers cranked out code and design – and we walked away on Sunday with a new website. We are thrilled with the functionality, usability, look and feel of our new site www.bikeworks.org.

Thanks to Scott Marlow and all the volunteers for helping us to better communicate our mission to the public. Scott has been a wealth of knowledge and has continued to help us during the launch phase of our website post GiveCamp. Thanks to all the volunteers for the great wisdom, work and support of Bike Works!
Deb Salls
Executive Director

END_OF_DOCUMENT_TOKEN_TO_BE_REPLACED 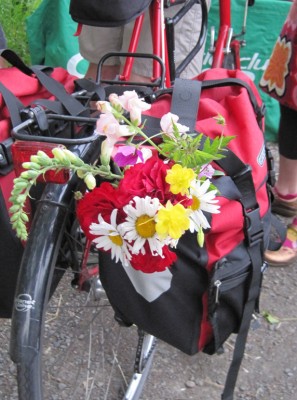 1) How Pioneer Square bar hoppers get home at 2:00 am.
2) How bike racers commute along the Burke-Gilman Trail.
3) An informal wine country ride to raise funds for farm workers.

“High Point was a small town. There was no bus service, and it was only 2-3 miles from my home to most places. So, it was easy to get around by bike.”

So Chuck learned the mechanics of bikes, and began his four-decade affair with sustainable transportation. Chuck started commuting in college to his summer job at a furniture factory in High Point – the “Furniture Capital of the World.” After college, he cycled to work in Washington D.C., where he did not own a car for practical purposes.

END_OF_DOCUMENT_TOKEN_TO_BE_REPLACED

Stu started racing CAT 3 (with the local Schwinn Rainbow Cycling Team) in 1976. It was around 1985 when Stu, a former Cascade ride leader, founded Alki Wednesday Night Ride Series. He was so passionate about riding that he ditched his car for eight years.

When he started raising kids, he had to drive more, but he also rode more: getting his sons, Patrick and Julian, into BMX racing at the ages of eight and five, respectively.

Gabi, Stu’s wife, can thank cycling for their marriage. The couple met during Stu’s eight and a half month self-guided tour from Seattle to Belize. Stu rode along the Pacific Coast to Baja–via the notorious 50-mile Rosarito to Ensenada route–to Mexico City and then to the Yucatan Peninsula, before continuing on to Belize. Neither of them predicted that they would later tour Germany, England and Ireland together as husband and wife. The family hopes to do a self-guided tour of Morocco someday.

END_OF_DOCUMENT_TOKEN_TO_BE_REPLACED

Bike Works completed its sixth annual nonprofit auction March 15. This was my second year helping with the event.

This year’s fundraising event grossed an all-time high of over $70,000, a 25% increase over 2007 – another record-breaker. A record 225 attendees showed up at UW’s Gould Hall to support Bike Works youth programs.

If you need help with event planning, please contact me.